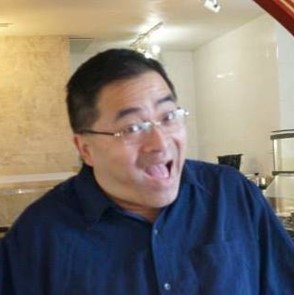 Nhat-Viet Phi began making his nationwide mark in music early in life, beginning piano lessons at age six at the Notre dame d'Acadie music school in Moncton. Under the careful guidance of Sisters Bernadette LeBlanc and later Claudette Melanson, he began to win awards and critical acclaim at local, provincial and national competitive events. Most notably, he won first prize in the Open Category at the National Competitive Festival of Music at age 11, and also made his debut with the Montreal Symphony Orchestra at age 13 by winning his category in the Concours OSM. Since then he has performed in solo with Symphony Nova Scotia and New Brunswick, the PEI Symphony, the Calgary Philharmonic Orchestra, the JISA Summer School Orchestra and also the University of Calgary Camerata Strings.

Mr. Phi began post-secondary studies at the University of British Columbia under Singaporan master Lee Kum-Sing. He continued his Bachelor of Music in Piano Performance at the University of Calgary, where he enjoyed the detailed insights and care of Marilyn Engle. It was in Calgary that Mr. Phi began establishing his nationwide reputation for collaborative artistry, improving on his chamber music experiences with this brothers in the Phi Trio and with his wife, flutist Angela Mosher Phi. In addition to accompanying for the renowned Mount Royal College Conservatory and teaching independently, he has made major appearances on four choral music CD's, country and pop demo recordings, as well as independent movie and computer game soundtracks on Kurzweil synthesizer. Nhat-Viet has also been praised for his wide-ranging collaborative talents by such renowned Canadian artists as Marc Durand, Tom Plaunt, Gwen Beamish, Anton Kuerti, Paul Pulford, Rosemarie Landry, Stephen Hatfield, Wayne Riddell and David Ferguson, among others.

"Toto," as he is known by his friends, keeps busy with his family of three young children, along with his 2007 appointment as accompanist for the Music Department at the Université de Moncton and as returning organist for St. George's Anglican Church. His most important duties involve supporting the students of Monette Gould, Nadia Francavilla, Michel Deschenes, Karin Aurell, Jean-Guy Boisvert and others. In addition to teaching class piano, solfège and dictation at UdeM, Mr. Phi is becoming well-known as an adjudicator, with a reputation for entertaining and informative commentaries at music festivals, in both French and English.

Toto enjoys experimenting with new computer and music technology, and is currently adopting the Apple iPad 2 to catalog and display digital scores in his accompaniment work.