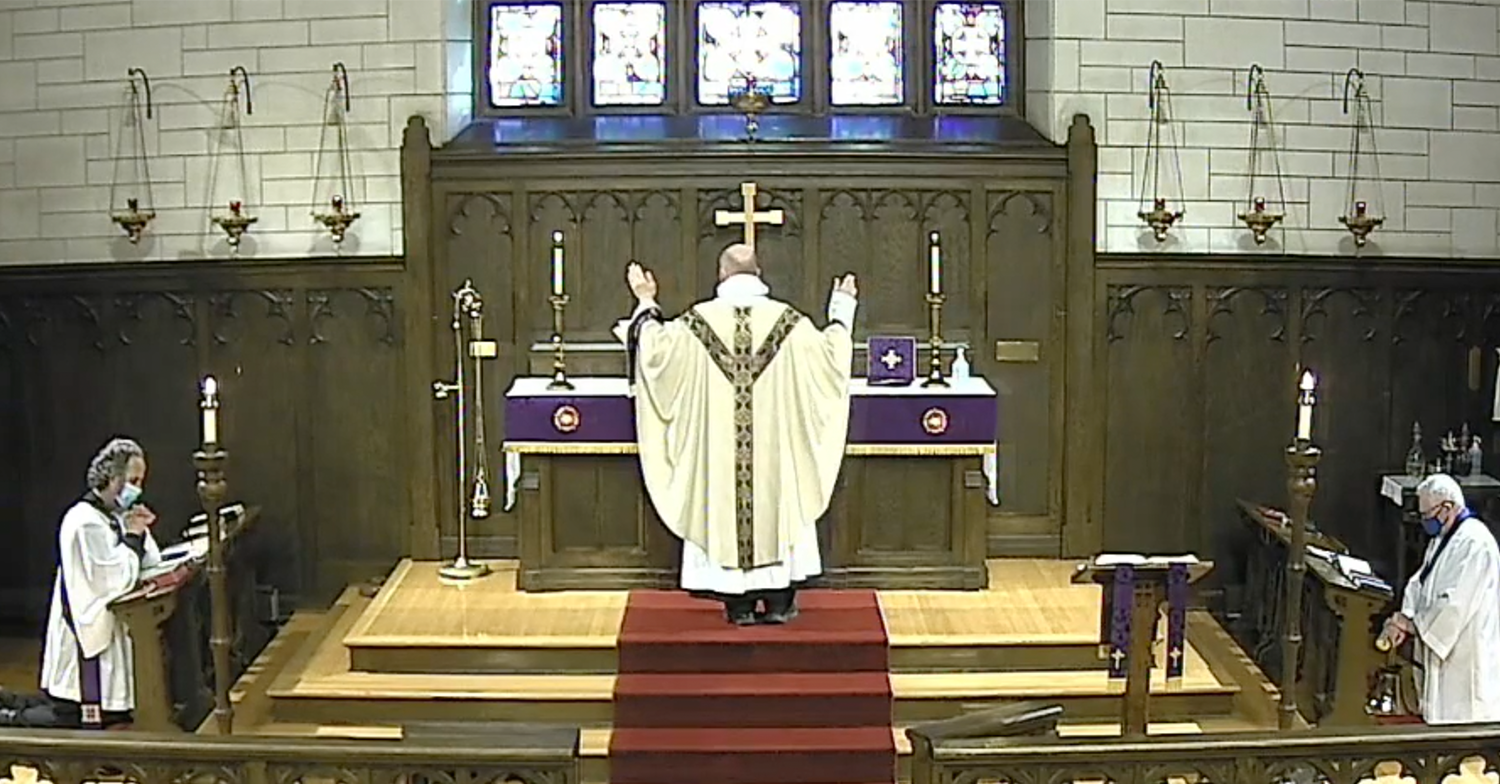 At various times during the Holy Communion, the Minister stands with his back to the people. At first, that may seem to be a strange thing –even a rude thing. However, it’s not meant to be –here’s why:

Take, for example, when we say the Nicene Creed. We stand, and we all face East, anticipating the second coming of Christ. “For as lightning that comes from the east is visible even in the west, so will be the return of the Son of Man.” (St. Matthew 24.27). The fact that everyone, including the Minister, faces in the same direction at once is meant to emphasize our unity in faith. We are united in believing that Jesus will come again as our Judge and King.

Another example of the Priest talking with his back to the people is at the Intercession. To intercede is to plead on behalf of someone. The Lord Jesus is interceding for us now at the right hand of the Father. He is our only Advocate and Mediator; and as His Body on earth, He commands us to pray. So, in response to the Good News of God’s saving grace and truth proclaimed in the Epistle, Gospel, Creed and Sermon, we offer prayer for the whole Church.

The people are kneeling. The Priest faces the Lord’s Table with his hands held up in the orans position. In this posture of prayer, the elbows are kept close to the sides of the body and both hands are outstretched, with palms up. The idea is that the Priest is praying on behalf of the Congregation. He is acting as the spiritual leader for the people who are lifting their hearts to the Lord God Almighty. In this formal, corporate, unified act of worship, the focus is vertical, heavenward, and so the Priest faces East and towards the Altar.

Taking this position and direction does not mean the Lord will not hear us otherwise. As the Collect says, He is “always more ready to hear than we to pray” (Trinity 12, p. 236). The point here is emphasizing God’s Majesty. He is seated on His Throne, high and lifted up, and we bow humbly before Him. As the Prophet Isaiah wrote: “I saw the Lord sitting upon a throne, high and lifted up; and the train of his robe filled the temple.” (Isaiah 6.1)

The actions of the Congregation are not random. They are ancient customs which flow from our Christian beliefs. In Latin this principle is called ‘lex orandi, lex credendi’; it means: “the law of prayer is the law of faith,” or “the Church believes as she prays.”